Ireland is aiming to attract over 50,000 international students post Brexit.

Ireland aims to take advantage of being the EU’s only English-speaking country in a plan to boost international student numbers. With Brexit now set to be finalised by early 2019, Education Minister Richard Bruton will launch a new international education strategy this morning in which a target of almost 11,000 extra third-level students has been set for the end of the 2019/2020 academic year. “There will be strong opportunities for Ireland in the area of international education when Ireland becomes the only English-speaking member of the EU,” Mr Bruton said.

The Department of Education strategy will direct funding at promotional campaigns in key markets like the United States, China, India, Brazil, Malaysia and the Gulf region. But focus will also be moved to high-potential markets in Canada, South Korea, Vietnam, Indonesia, Mexico, Chile, Argentina and Nigeria.

The higher education sector, currently valued at €819m a year, is being targeted for a 40% increase to €1.5bn by 2020, as it is intended to increase numbers of international students at public and private colleges from 33,118 in 2014/15 to 50,000. Each college will be expected to have internationalisation plans playing to their strengths, but work in clusters will also be promoted. As well as attracting more students, the strategy plans a more cohesive approach to recruiting international researchers to help build research capacity and the commercialisation of research. In recent days, the risks to Britain about limited mobility of academics and research have been the subject of concern there after Prime Minister Theresa May’s announcement of March 2017 as the start of the two-year countdown to the UK’s formal departure from the EU. 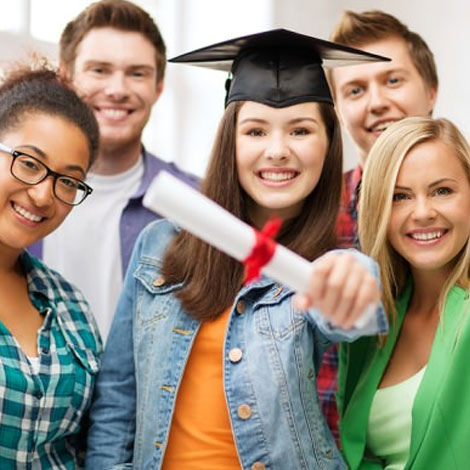 It was wonderful experience with Higher studies abroad. It is the best consultancy for the students who want to study abroad and I must say it is a 'superior' one as they are doing the entire process for free of cost. I will definitely recommend Higher studies abroad to my friends.I am delighted with the assistance given by my counselor.

Thank You, Your Subscription Request Has Been Sent .